Kendra holds a Bachelor of Science in Interdisciplinary Studies and a Doctorate in Physical Therapy from Arkansas State University. Kendra was a clinical student at MKSA during her studies at ASU and loved her rotation so much she decided to join our team full time. Kendra enjoys treating children with neurological conditions such as cerebral palsy (CP) and traumatic brain injuries (TBI). She really enjoys hands on therapy and has had some neuro developmental treatment (NDT) training. In her free time, Kendra enjoys traveling, spending time with her dogs, serving in her local church, and spending time with her family. Kendra also volunteers with the Special Olympics. If she could have any superpower, it would be the ability to control time.

Kendra may be contacted at kendracolton@mymiraclekids.com.

Megan graduated from Arkansas State University with a Bachelor’s Degree in Psychology in 2006 and Master’s of Physical Therapy in 2008. Her love for making a difference in the lives of children with special needs brought her to MKSA. Megan likes treating children with neurological impairments and has had some neuro developmental treatment (NDT) training. She also likes treating torticollis, autism and applying the knowledge she has learned with kinesiotaping training. It excites her that what she does on a day-to-day basis can forever better the life of the children we care for. In Megan’s spare time, she enjoys spending time with her family, traveling, shopping and spending time outdoors. She volunteers for the Miracle League of Jonesboro. And, since being diagnosed with Type 1 Diabetes since the age of 7, Megan supports the Juvenile Diabetes Foundation.

Megan may be contacted at meganhamilton@mymiraclekids.com. 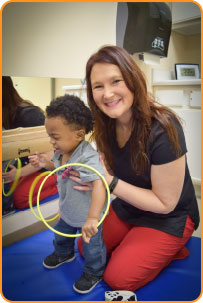 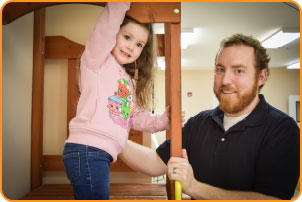 Caleb has been married for nine years and has two boys. He received Bachelor of Science in Interdisciplinary Studies and Doctor of Physcial Therapy degrees at Arkansas State University. Caleb always wanted to work in pediatrics and he did a clinical rotation at MKSA while he was working on his degree, so it just made sense that he came back to MKSA after graduation. Caleb has received training in neuro developmental treatment (NDT). In his personal time, he enjoys building large LEGO displays with Arkansas LEGO Users Group (ArkLUG), holding season tickets to A-State athletic events and participating in events at Valley View Church of Christ. When asked what super-human power he would possess, if possible, he said it would be the ability to slow down time and get more done!

Caleb may be contacted at calebharris@mymiraclekids.com.

Shanda is married (20 years!) with two children (a boy and a girl). She earned a Bachelor of Science in Education degree from Arkansas State University in 1993, a Bachelor of Science degree from the University of Central Arkansas (UCA) in 1997 and a Master of Physical Therapy degree from UCA in 1998. Shanda worked in acute care for five years, day treatment for five years and in public schools for two years before coming to MSA in 2011. She has a knack for making keen observations of her patients and she is known for working well with co-workers on probelms and treatment options that best addresses the patients’ issues. In her personal time, she loves reading and baking as well as spending time with her family and traveling with her children to watch them play tennis and baseball. Shanda served six years with Junior Auxiliary of Jonesboro and still helps with lung and heart dissections at local schools. She said her super power, could she possess one, would be to be in two places at one time. She has a twin sister who is also a physical therapist in Jonesboro, and it’s not uncommon to be mistaken for her. Is that kind of the same thing?

Shanda may be contacted at shandarogers@mymiraclekids.com. 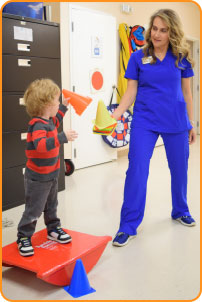 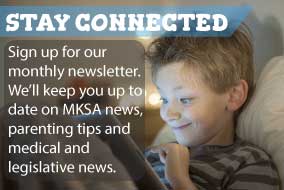 The Importance of Reading Intervention at an Early Age Daley Johnston M.A., CF-SLP

Is Your Child On Track?

How your child plays, learns, speaks and acts offer important clues about his development. Do you have questions about your child’s development? View our milestone checklist to see if your child is where he/she should be at this stage in their development.

Still have concerns? Complete the form below to contact our staff to discuss your concerns, schedule a tour of our facility, or make an appointment to speak with our staff.